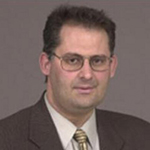 Panagiotis (Peter) Smirniotis, Ph.D., received his B.S. in Chemical Engineering from the University of Patras, Greece in 1989 and his Ph.D. in Chemical Engineering from The University at Buffalo in 1994, working with Dr. Eli Ruckenstein. Peter joined the Chemical Engineering Department at the University of Cincinnati (UC) in 1994 as Assistant Professor and he was promoted to Associate Professor in 1999 and to Professor in 2002. He has been the Head of Chemical & Materials Engineering Department at UC from 2005 to 2007 and he is the Chairman of Chemical Engineering at UC since 2010. Peter has developed internationally recognized research in the areas of zeolites/molecular sieves for refining and energy applications, treatment of emissions from mobile and stationary sources, photocatalytic destruction of organics, separation of CO2 hydrogen production, separations of biomolecules, and kinetic and reactor modeling. He remains a very active researcher and his work is highly recognized for its breadth, excellence, and unique thoroughness resulting in an H Index equal to 42. He has authored over 140 refereed articles in international journals, has 10 refereed articles from international symposia, two US Patents, and a book on WGS catalysis. Peter has received the 1997 CAREER Award in Catalysis from the National Science Foundation (NSF), the 1999 DuPont Young Professor Award, the 2000 Science for Peace Award of NATO, the 2000 Young Investigator Award of the US Department of Army, the 2001 BP Faculty Excellence Award, the 2006 SIGMA XI North American Central Regional Young Investigator Award,and the 2014 Lawrence K. Cecil Award of AIChE. Peter has received numerous awards from the University of Cincinnati for his teaching and research accomplishments.