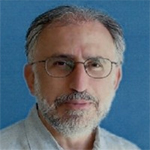 Nicholas G. Kioussis obtained his Ph.D. degree in Theoretical Condensed Matter Physics from the University of Illinois at Chicago in 1984. He was appointed an Assistant Professor at California State University Northridge (CSUN) in 1987. He became a Full Professor in 1993, and was promoted to the rank of GRIF professor in 2009. Kioussis founded and continues to be director of the W. M. Keck Computational Materials Theory Science Center (CMTC) at CSUN. He has received the out-standing faculty award in 2009, the Marie Curie International Incoming Fellowship in 2008, the Donald Bianchi Award for Research Excellence in 2004, the Department of Energy Faculty Fellowship during 1988–1990, and was elected a Kavli Scholar at UC Santa Barbara in 2005. He has published over 140 peer reviewed articles, has edited three books, and has organized several national and international conferences. His research interests cover a wide spectrum of diverse areas from fundamental research to applied problems in theoretical condensed matter physics and materials science. These range from ﬁrst principles electronic structure calculations, strongly-correlated electron systems, topological insulators, multiscale modeling of mechanical properties of metals and intermetallics; ab initio calculations of electronic, magnetic, mechanical, and optical properties of materials; and multiscale modeling of spin transport in multiferroic heterostructures.

Recent experiments on FeRh thin films epitaxially grown on ferroelectric BaTiO3 or piezoelectric substrates have provided evidence of an isothermal electric-field control of the magnetic phase transition between the low-temperature antiferromagnetic (AFM) and high-temperature ferromagnetic (FM) phase driven via piezoelectirc biaxial strain. These results raise the intriguing question of the effect of tetragonal strain on tuning the interplay between FM and AFM spin correlations and hence the stability of the FeRh phases.  In the first part of my talk I will discuss that tetragonal distortion has a dramatic effect on the relative stability of the various magnetic structures of FeRh giving rise to a wide range of novel stable/metastable structures and magnetic phase transitions. The novel magnetic phase transitions open interesting prospects for exploiting strain engineering for the next-generation memory devices.  In the second part of my talk I will present results of manipulation of the magnetization direction of ultrathin FeRh/insulator bilayers in the AFM or FM phase by purely electric field means (rather than E-field induced strain).  I will show an E-field magnetization switching with giant voltage controlled magnetic anisotropy efficiency and a spin reorientation across the metamagnetic transition.