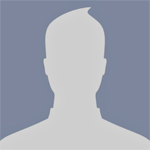 Manolis Paterakis graduated from the School of Architecture of the National Technical University of Athens in 2005, and in 2012 he received a MSc in the field of architecture theory from the same institution, where he also worked as a teaching assistant from 2007 until 2009. Since 2011, he studies IT in the Dept. of Informatics and Telecommunications of the National Kapodistrian University of Athens, while pursuing a PhD in the department of Architectural Technology at the NTUA Architecture School. His interests include systems programming with C/C++, as well as interaction design and front-end application development. He has worked both as a freelance architect in Athens having received distinctions in architectural competitions, and as a web-developer. From September 2013, he is working with NCSR “Demokritos” in projects concerning web-based applications as well as crowd behavior modeling.